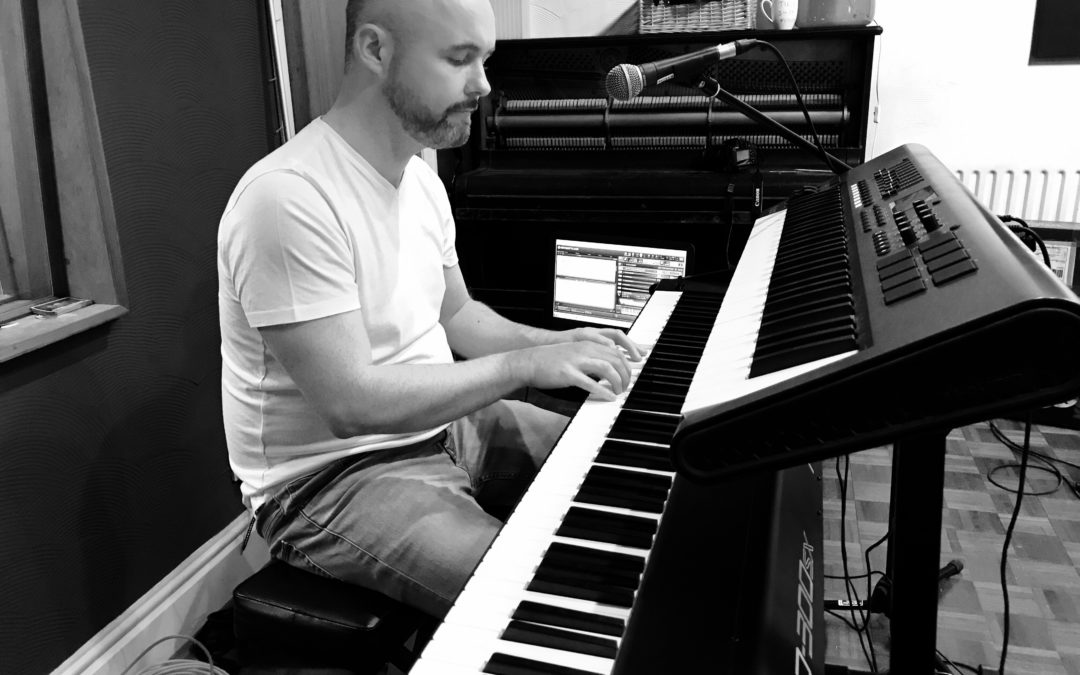 This blog is a collective of all my thoughts and experiences from learning and playing music… So I hope it speaks to at least one individual out there reading!

I’ve never met anyone that doesn’t enjoy music of some kind – I’m sure they must exist but I’ve never met one. It has the ability to make you dance, cry, feel motivated, or even send you to sleep. It’s in nearly all films (whether you realise it at the time or not) giving an emotional feeling to whatever is happening on screen. As the old saying goes – ‘Where words fail, music speaks!’

Most people who enjoy music tend to wish that they could play music on an instrument of some kind. Some can already play and are satisfied with their ability level, and some, like me, are constantly searching to become better players.

But for the most part, people I have met never get beyond being or feeling like a mediocre player at best (I don’t say this arrogantly or condescendingly) because they become frustrated / overwhelmed by the amount that there is to learn, feel intimidated / de-motivated by younger better players, never seem to make progress, don’t practice and have the idea the “you either have it or you don’t”.

Like many of the great musicians over the years have said – ‘Music is a Language’. I think we can all agree, and if we approach it like that then things can really change.

Thoughts On Attitudes Towards Music / Being A Musician

I think, unfortunately, that we currently live in a society by where music has almost become like a competition, whether that be on a local, national or world level. It seems like we have TV shows full of what are basically talent contests for people seeking fame and fortune or to show the world what capabilities they have. Whoever has the ‘X-factor’ wins. We have people picking up instruments for the purpose of becoming a ‘star’, at whatever level that may be.

I have to be honest that there was a time in my life that I too wanted the ‘big gig’ with some well-known artist, or become a great musician (ability wise) Why?

Well if I truly analyse my motives it would probably be for 3 reasons;

1. I want the recognition from other people and impress them that I have an ability that has lead me to play with some famous / semi-famous person or band. Or even play with a local band so that other people can see my abilities.

2. I want the validation that all that I have worked on, practised and learned is for some ‘great’ purpose being fulfilled by playing with famous / great musicians or ‘artists’.

After successfully failing in just about all of the above yet still not being able to stop playing, I came to the following conclusion – I PLAY MUSIC BECAUSE I LOVE IT!

And that is the ONLY reason to play- to quote from Kenny Werners book ‘Effortless Mastery’ (you need to read this book!) either –

a) you’re having a lot of fun and you love the music THAT MUCH;

b) you have a deep-seated need to express yourself through music;

“Try to imagine the first musician. He was not playing for an audience, or a market, or working on his next recording, or touring with his show, or working on his image. He was playing out of need, out of his need for the music. Every year the number of musicians who remember why they play music in the first place gets smaller…”

How many current artists have their careers shaped to a certain image or reach a particular audience, age group etc. for the purposes of selling more products to make more money. The world of music would be such a richer place if people were left to create whatever they felt the need to create from their souls and not to satisfy a particular market or image, stylistic, age group requirement. These people obviously exist and to me, they are the most successful.

We now measure success with how many records have been sold, how big an audience you’ve played to, which big artists you’ve played with, what equipment you use, how much money you’ve earned etc. etc.

So what is the standard of musical success?

Well in my humble opinion, musical success is being completely satisfied and fulfilled with your own playing / composition / improvisation, even if no other living being in the world ever hears it. If I can sit down at the piano (or any other instrument) and play with complete freedom that whatever pops into my head from my soul, comes out through my fingers and sounds exactly how I want it to sound, then I’ve succeeded and reached my goal. I’m influenced mostly by Jazz, Gospel and Soul music and that’s what ‘floats my boat’ both in my soul and mind.

Am I there yet? I’m absolutely nowhere near! But that’s my ultimate goal, and I’m taking small steps every day to get there. And even if it take me the rest of my life, I’m not going to stop.

The biggest problem with the worlds general view on music / musicianship is that is impacts on the learning process. And by that what I mean is, if you practice to become a better musician for any of the wrong reasons listed above, then you’ll undoubtedly rush, skim, and ultimately fail to reach your goal.

Both the way we learn to play and how we practice are key and fundamental aspects to our musical development. Not every person learns in the same way or at the same speed. I remember being carted off to weekly piano lessons from age 6 or 7 and after playing for about 4 years my younger brother started taking lessons. Within 2 years he was already playing the pieces from my book, much to my dismay. I felt totally inadequate, a failure and had no motivation to practice at all! That being said, this clearly wasn’t the fault of my brother, he was just a ‘little professor’ capable of saturating information presented to him. He had, and still does, an incredible recall memory.

Many years later I discovered what my problems were. Pretty much three-fold;

• Without any kind of inspiration or enjoyment, I lack a lot of self-discipline;

• My learning style is very much practical and not theoretical (i.e Don’t just explain something to me verbally, SHOW ME!)

The key from this is learning pace – We all learn at different paces, this I why I don’t believe in weekly lessons, especially more so for adults. From my experience very, very few people master material from the previous lesson within a week, and by master I mean truly know it to the point of it becoming second nature, like swimming, driving, walking etc. Without mastering the material from the previous weeks lesson, you’re building your ‘house’ on sand…

Ultimately music is a language. And to learn to speak any language you must first hear the language spoken by other people. It is not sufficient when learning a language to do so only from written text, that won’t enable you to be able to understand when listening or be able to sound natural when speaking.

Our son is10 months old and is now starting to be able to make vocal sounds. He copied the sounds that he heard from us and before long we know that he will be forming words. He’s in no rush, he doesn’t feel any pressure to talk it’s just happening naturally. He doesn’t have any upcoming ‘grade exams’ or ‘recitals’ or ‘talking performances’. He’s learning because its natural. I’ll guarantee you that he will be able to talk well before the time he learns about verbs, nouns, conjunctions etc.

The same applies to music, music is a ‘hearing art’. It can be written, analysed or dissected etc, but ultimately music is heard on the experiential level. Some of the greatest musicians in the world, in the moment they’re playing, aren’t necessarily thinking ‘theoretically’ they’re drawing from a large vocabulary just like we do when we talk. When was the last time you had a conversation with someone and considered the grammar of English? Hmm?!

Learning to play music is almost exactly the same. You hear a chord, rhythm or melody somebody else has played. You fumble around on your instrument making ‘noises’ in an attempt to copy that person and after trial / error, frustration and mistakes you will eventually get that small piece of information you’ve heard. Once you’ve got it you’ll never lose it. Imagine forgetting to speak English…. It’s never going to happen.

• What are your motivations for being a musician / singer?

• Are you doing it because you love it?

• Compare learning English with learning Music – when you feel overwhelmed consider how you’ve easily mastering speaking and how/why you mastered it so easily – (There’s 26 letters in the English alphabet and only 12 in Music!)

• Are you listening enough and learning ‘The Musical Language’

• Are you learning something new frequently, and have you mastered what you already ‘know’?

• If you could play like anyone in the world, who would that be? Do you try to learn things from their recordings?