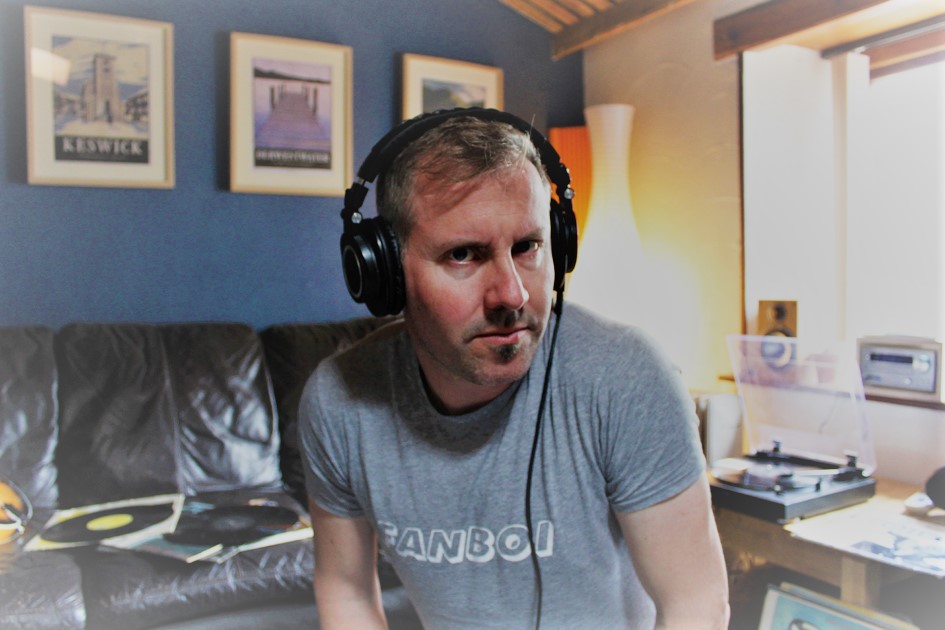 I grew up in a time where you would often listen to an entire vinyl LP with no other distractions, listening was an art that needed preparation and was not to be rushed. The way in which we listen to music has changed. We live in a digital age. Music can now be compressed into digital file formats and streamed to us instantly through the wonders of wireless technology. At the touch of a button, the slide of a finger or a voice command, we can access collections of music spanning the ages and genres. Technology has made our ability to hear music limitless, but are we really listening? Hit pause on advanced technology for a moment. Now rewind… to a time where the accessibility of music was limited and the formats were few; but the quality of sound and the way we listened to music was infinitely better. A time where vinyl was king and I was experiencing a magical musical upbringing.

I grew up in a house that couldn’t accommodate my parents HiFi system on a permanent basis; so begging my dad to get the speakers out on a weekend (that were taller than me at the time) was a highlight of full frequency proportions.

Artists such as The Beatles, Queen, Herbie Hancock, Eric Clapton and Carlos Santana created the backdrop to my childhood. The music that emanated from reference speakers to my young ears was unforgettable. I fondly remember the experience of selecting an album, like a favourite cake in a shop, perusing the artwork on the sleeve and admiring the artistic craftsmanship before gently sliding out the vinyl and placing it carefully on the deck.

I soon became a deft touch when cleaning the vinyl of dust and surface debris, a necessary process if one wished to avoid a pop, crackle or click as the stylus skated over the first beat. The anticipation was tangible! From an early age I learned to complete this process as the first track began, albeit with the same bright orange duster my sister used to preen the cat. It was a procedure that required military precision to achieve a clean audible hearing, but one that I relished.

I was fed on a regular diet of Isley Brothers, The Beach Boys, Beethoven, Jonny Guitar Watson, Abba, John Williams, Cream, Bob Dylan, Boney M, Paco Pena; artists that you’d be pushed to find playing consecutively on any radio station. When Pink Floyd’s Dark Side Of The Moon was released I remember my dad encouraging us to find a space on the living room floor, the speakers poised only three feet away and we devoured every second of it in pitch-blackness. David Gilmore was playing 3 feet from us and I loved every note of it.  I was listening to music.

My parent’s musical choices wove an intricate tapestry of vocal harmonies and great pop compositions from The Everly Brothers and the Mamas and the Papas, right through to Simon & Garfunkel and The Carpenters. Added to this would be the indulgence of space in arrangements from artists like Crystal Gayle and Don Williams. Supertramp’s 1979 ‘The Logical Song’ was a household favourite, and gave the Rotel amp an opportunity to earn its money. I was able to pick out individual instruments in the tracks; such was the clarity of sound and deconstruct the composition of every musical gem that winged its way through my ears. I learnt about the vital key and how ‘less’ is almost always ‘more’. I wasn’t just being treated to a plethora of musical genius, I was being taught lessons in how to really listen to music.

Sadly on a cold winters day in the mid 80’s tragedy struck. An enormous pile of all the family’s favourite LPs, the bulk of our listening, were left on top of a large gas heater. The inevitable occurred, the heater was switched on and the best part of 100 records became a single collection of greatest hits never to be played again.

The demise of our precious vinyl collection coincided with the rise of digital formats being used for music. In 1982 Sony and Phillips co-invented the CD, a digital optical disc data storage format that was designed to accommodate up to 80 minutes of audio. Industry moguls and fat cats watched with glee as music fans became urgent to replace their vinyl or tape collection with the same product in CD format. CD’s were for the most part well received; they had a clean, crisp sound and resembled something futuristic, even if they did have the look of a shiny drinks coaster. The CD reigned supreme for a while but technology was advancing and the digital world was growing exponentially so it was only a matter of time before something else would take its place.

There are a wealth of devices that can now be used to access and listen to music and whether fixed or portable, they all now use compressed data files to deliver music to the listener. The compression of data files means that as listeners we can store thousands and thousands of songs on our hand-held devices and stream whatever else we want to listen to and we can do this much quicker and slicker than anything that has come before it. We have the power to listen to whatever we want, but in the pursuit of convenience… have we lost something?

Any audio expert will tell you that we sacrificed quality for convenience. The conversion from analogue to digital is far from painless. Although our ears may tell us we are hearing exactly the same on an MP3 as we are on vinyl, the fact is that the acquisition of this information is akin to taking a burst of photography on a camera. Sure, you’ll get the images and you can stitch them together to make a type of video, but it’s never the same as recording a high definition video. There are almost imperceptible gaps in the audio playback that for the most part trick us into thinking we are listening to the same thing, when in actual fact there is a chunk of important audio missing.

For many, the digital age of music means that some people are never really listening to music, not in the way it was intended at least. Sadly for many, there is no realisation or understanding of this because digital is all they’ve known. In addition to digital formats for playback, digital is also used for sound recording and engineering which means that what is being delivered to our ears is already a diluted version of what we should get. We have become oblivious to the absence of quality and opened our arms to a new way of being entertained, fast, convenient and cheap. We have lost the art of listening, and even our desire to listen, and our attention is being competed over by many more channels and sources.

Don’t get me wrong; I think the digital domain is in many ways utterly brilliant and has revolutionised the way we produce and listen to music. The fact that upcoming artists can create and produce hit singles from their bedrooms is a revolution. The portability of music is a revolution. The instant and gratifying access to almost any song is a revolution. But make no mistake; we have paid a price for it. We can’t listen to music in the same way that I did as a young boy on the living room carpet with Pink Floyd live, unless of course your vinyl collection didn’t meet its maker and you still have access to a record deck.

My advice? Go and hear some live music. Get that HiFi fired up. Put some decent headphones on and listen again to those tracks that defined your youth. If you’ve got some records and you’re struggling to find a player – give us a call and bring your vinyl down – we’ll always find time to listen with you.

If you are an artist, singer or songwriter let me encourage you to do everything that you do from the heart. Craft lyrics, don’t tell us what you think we need to hear – tell us your story. Work on melodies, be yourself and be sincere. We are desperate for it. We are listening.